In a progressive state like Victoria, we should be leading the country on climate action. This is the critical decade to stop runaway climate action. It's not too late, but we need to act now.

So, at first, I was pleased to see the Victorian state government finally announce their emission reduction targets.

You and I both know these targets are far too low. Scientists from the Climate Council recently said that for Victoria to do our fair share of keeping global warming to 1.5 degrees, we must reduce emissions 75% by 2030. 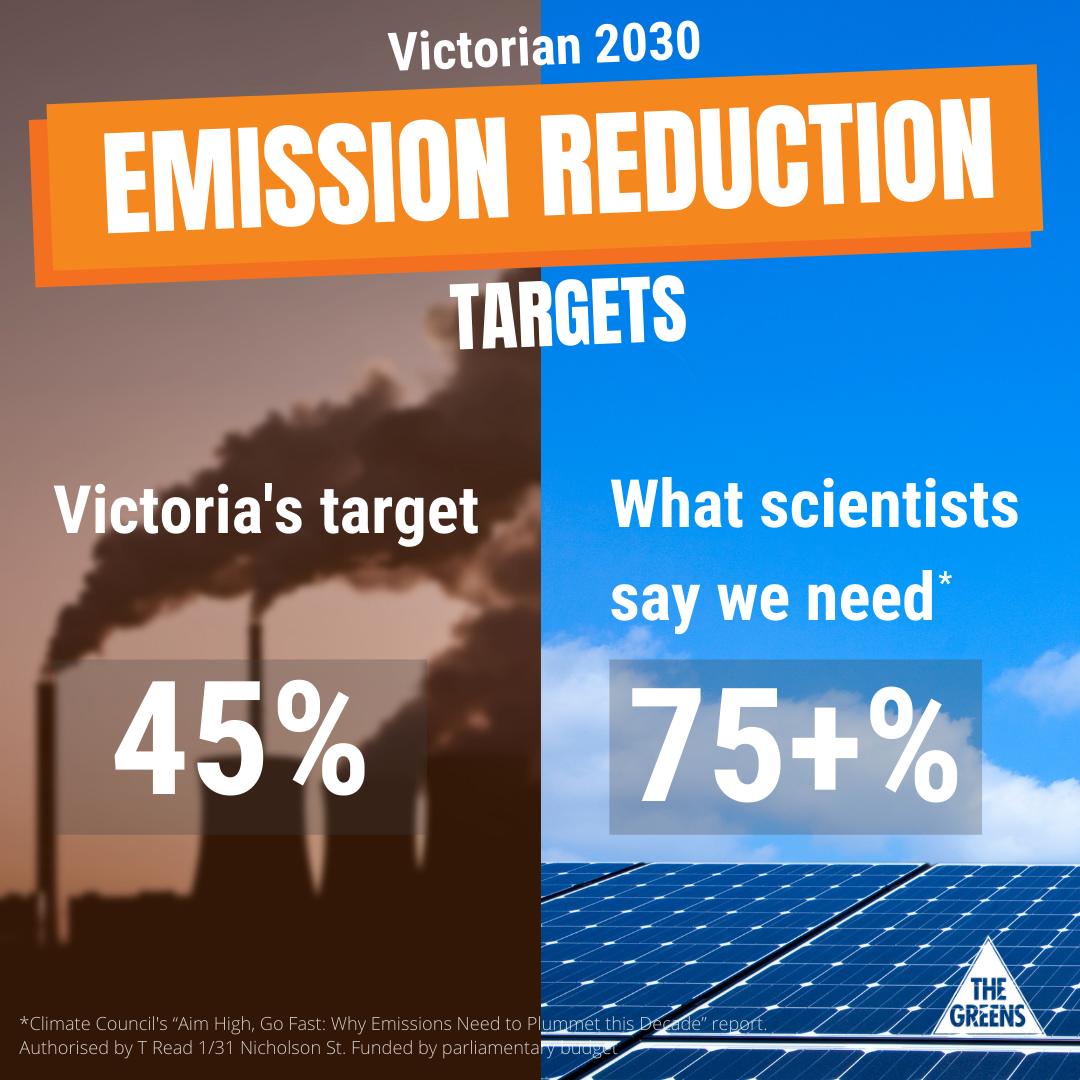 A 45% emission reduction target pushes us towards 2 degrees of warming, or worse. I'm really worried by climate change and the existential threat it poses.

I know you want the Victorian Government to be a leader in emissions reduction and set an example for other states and territories in Australia. We deserve a government that takes our concerns seriously.

With your support we could,

The fact is, Victoria is well behind other states in these measures, the ACT has already achieved 100 % renewable energy, South Australia will achieve 100% by 2030, and Tasmania is aiming for 200% of 2022 levels by 2040. These are the type of ambitious targets Victoria should be setting.

We Are In a Climate Emergency