In this weeks newsletter

A budget worth waiting for

Last week’s state budget, delayed by the pandemic, was worth the wait. The Government’s goal was to create jobs, which they certainly did, but they also rose to the challenge of tackling some of our biggest problems.

The budget included many policies we Greens have supported for some time, such as renewable energy and social housing (more on the housing policy below). We spent most of this year campaigning for these policies, as part of our plan for a “Green New Deal” which we put up for debate in the Upper House. The upshot was that the Victorian Parliament became the first to back our plan for a Green New Deal!

And many of the larger investments - in housing, a big battery, home energy efficiency, environmental restoration, a “recycling revolution” and jobs in the caring economy - bear a striking resemblance to the Green New Deal. Let’s hope this continues, because a lot more is needed.

On the budget day we produced this video analysis (7 minutes, starts at the 2:20 mark) from parliament, and a more detailed discussion yesterday in this webinar (50 min, starts at the 2:30 mark). There’s a lot in this budget, and both videos only scrape the surface.

The Big Housing build but no new public housing?

This ‘Big Housing Build’ announcement follows years of advocacy and may even shrink the state’s current public housing waiting list, which is currently large enough to fill the MCG (100,000).

The budget funds roughly 8,200 ‘community housing’ units and the rest of the 12,000 homes are either ‘affordable’ or replacing outdated public homes. However this announcement includes zero new actual public housing: the new units will mostly be managed by community housing organisations rather than by the state government.

Community Housing is either privately owned or managed (or both). Some see community housing as privatisation as by stealth. Community housing providers charge more for rent and tenants often have fewer rights when compared when to public housing.

Dr Katrina Raynor (University of Melbourne) in this Conversation piece explains that with community housing there is a risk of “priority (being) given to commercial over social outcomes”.

I should point out that there are many community housing providers doing excellent work but here the State Government is clearly walking away from public housing, which is closest to what our most vulnerable citizens need.

Included in this budget was a new tax on electric vehicles. Placing a tax on low-emissions electric vehicles in Victoria will discourage people from moving to the cleaner vehicles of the future and will stop our state from having cleaner air and lower emissions. A tax that targets only electric cars avoids the wider tax reform we need which would replace fuel excise with road user charges for everyone. Richard Denniss explains here why this tax is not the way to fund our roads.

Sam Hibbins (Greens MP for Prahran) argues in this opinion piece published by The Age why a user charge for electric vehicles may also signal a dangerous step towards a privatised road user charge scheme in Victoria.

Electric cars account for 0.6% of sales in Australia, compared to 2.6% globally. Governments around the world understand the benefits of encouraging people to reduce emissions by switching to electric cars. The UK Government recently announced it will ban the sale of petrol cars by 2030. The Labor-Greens coalition government in the ACT is even offering electric car buyers free registration and $15,000 loans to encourage uptake. These are the kind of incentives that we need to see in Victoria and, according to the RACV, they pay for themselves.

You can support our call to oppose the Victorian Labor Government’s electric vehicle tax in state parliament here:

An Australian Institute for Infectious Diseases is fantastic. I hope it becomes a CDC

The Victorian Government recently announced funding for a new Australian Institute for Infectious Diseases. The plan to put this next to the Doherty Institute in Parkville is a good step, but a national Centre for Disease Control (CDC) is what we really need.

During this pandemic, divisions of responsibility between state and federal health systems and public and private health services, have created problems.

Our GPs were largely sidelined during the pandemic, while the state set up a parallel network of testing centres. Some patients in July waited over ten days for test results, because of simple logistical problems resulting from a lack of coordination between private and public laboratories and the new public testing system. This hampered contact tracing as the second wave of infection was growing rapidly.

A CDC could move resources and expertise across state borders and across public and private sectors. And it could advise on how to control the spread of infection across Australia and it would see the suburbs of Adelaide, Melbourne, Sydney and Brisbane as more connected than perhaps individual state governments realise. With the right support this institute could actually become Australia’s CDC.

You may have seen reports of a suggestion from Fiona Patten in the state upper house, to ban parties and candidates from paying to coordinate preference deals. It’s a good idea which I support, but really we need to fix the broken upper house voting system. It’s an easy fix and Victoria and WA are the only states that retain the old system which is easily manipulated to elect people with microscopic votes ahead of others who received ten times the vote.

The Greens want Parliament to scrap group voting tickets altogether, in order to bring Victoria in line with nearly every other state and the Federal Senate and make upper house MPs accountable to their electorate.

Congratulations to Moreland's newly elected Councillors and to the new Mayor, Annalivia Carli-Hannan. The Greens ran four councillors in Moreland and all were successful:

Alarming allegations of vote tampering in North West Ward concerning one other candidate are being investigated by the police and may result in a by-election in that ward.

I’d also like to thank and acknowledge all retiring councillors for your work over the past four, or more years. Councillors are paid for about a day per week, but spend most nights at meetings and usually devote many more hours to their task than they're paid for. They cop a lot of abuse, often undeserved, some of which should probably be directed at the state government, or dare I say it, their local MP. Being a councillor really is public service. I'd particularly like to acknowledge Greens, Natalie Abboud, Dale Martin and Jess Dorney for your hard work, and also Ali Irfanli and particularly the long-serving John Kavanagh for your contribution over many years.

Speaking up for our native forests, windfarms and more.

We’ve had some very busy parliament sitting weeks since my last update. The parliament passed our Green New Deal motion, looks set to ban gay conversion therapy, abolish the criminal offence of public drunkenness next year and backed our amendments to allow survivors of sexual assault to publicly tell their story.

I used question time to ask the Minister for Environment and Climate Change if Victoria had a plan to phase out gas (a fossil fuel almost as bad as coal), if we were in a verbal gymnastics competition her response would have scored a 10, remarkably not using the word ‘gas’ at all. I also raised the $11 million of public money going towards salvage logging of burned forest, and why Crown’s gambling licence should be revoked.

You should have received my ‘No Future In Gas’ postcard by now. The response has been fantastic, with hundreds of people joining the campaign in the first week. If you’d like to know more about why gas is bad and what we can do to keep it in the ground, join up here.

That's it from me.

If you enjoyed the above and would like to receive these updates directly to your inbox, sign up here. 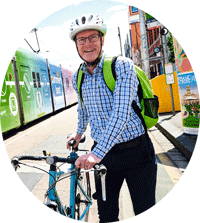