Last summer’s bushfires resulted in the death of an estimated half a billion native animals and released millions of tonnes of carbon dioxide into our atmosphere.

Despite the damage, the Victorian Government is continuing to log native forests, pushing our native animals closer to extinction.

‘The people of Brunswick want to protect and restore nature – not see it logged for profit.’

It’s not too late to save our native forests, but we must act now. 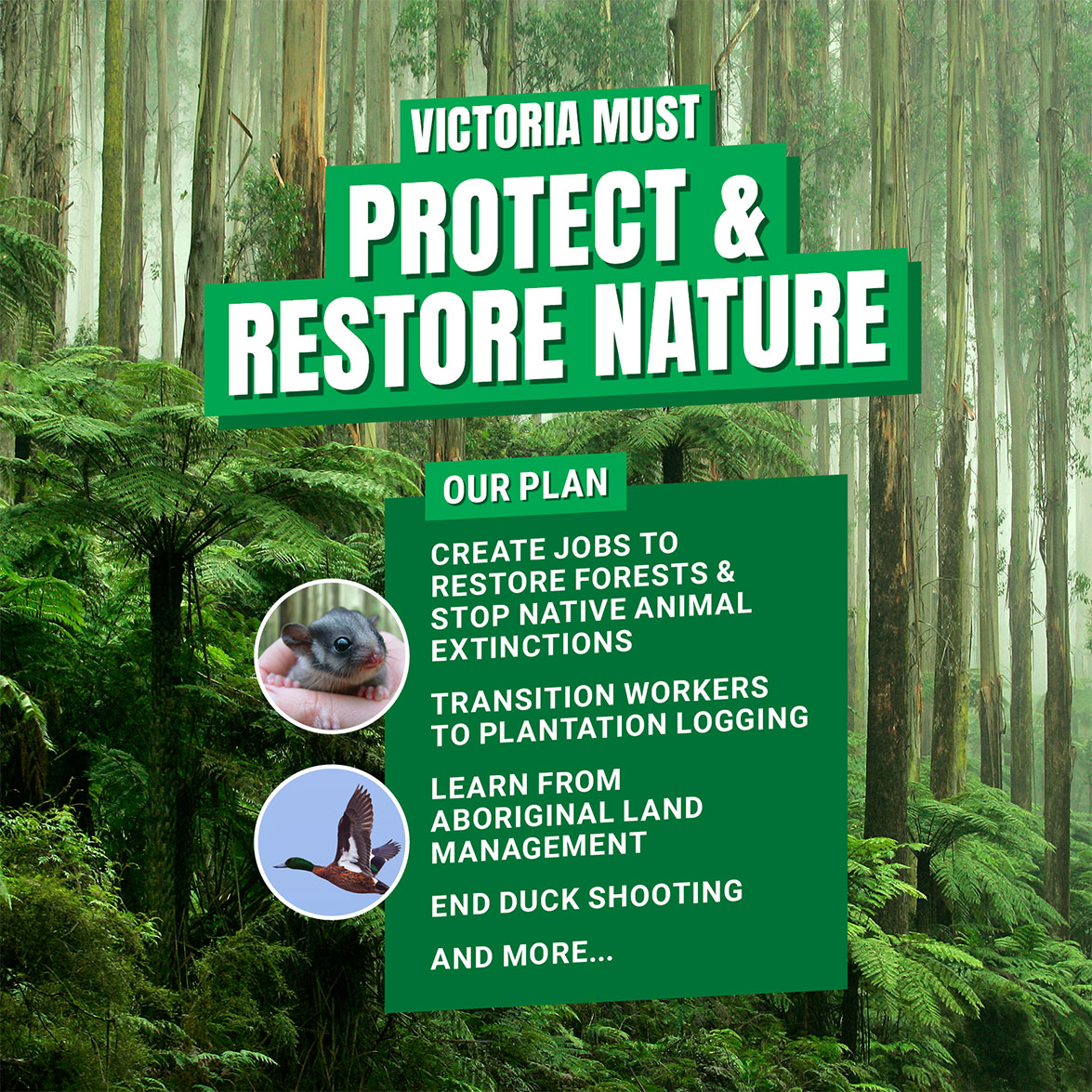 Our unique birds, animals, plants and ecosystems are found nowhere else in the world. Yet for generations, state governments have supported land clearing, logging and killing wildlife in the name of profit or ‘sport’.

Victoria’s wildlife is under more pressure than ever, from industry, agriculture, non-native weeds and animals, worsening climate change, droughts and bushfires.

But it doesn’t have to be this way.

With your support we could:

Add your name and join the campaign to protect and restore our special places and iconic plants and animals.

NO FUTURE IN GAS